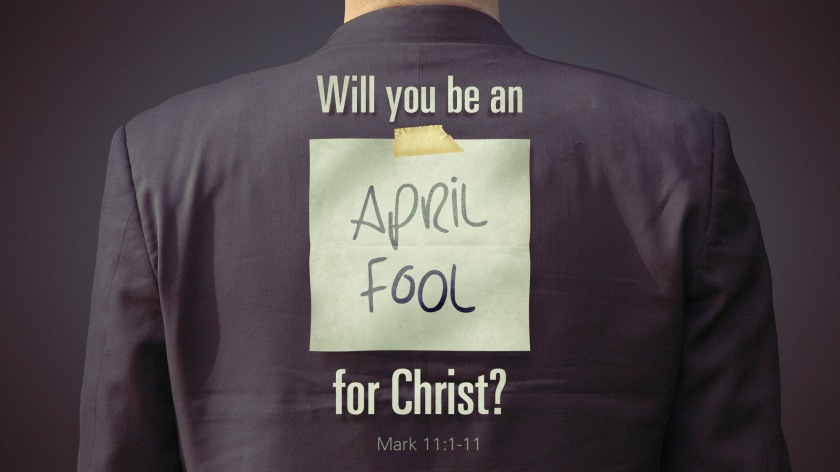 Now when they drew near to Jerusalem, to Bethphage and Bethany, at the Mount of Olives, Jesus sent two of his disciples and said to them, “Go into the village in front of you, and immediately as you enter it you will find a colt tied, on which no one has ever sat. Untie it and bring it. If anyone says to you, ‘Why are you doing this?’ say, ‘The Lord has need of it and will send it back here immediately.’” And they went away and found a colt tied at a door outside in the street, and they untied it. And some of those standing there said to them, “What are you doing, untying the colt?” And they told them what Jesus had said, and they let them go. And they brought the colt to Jesus and threw their cloaks on it, and he sat on it. And many spread their cloaks on the road, and others spread leafy branches that they had cut from the fields. And those who went before and those who followed were shouting, “Hosanna! Blessed is he who comes in the name of the Lord! Blessed is the coming kingdom of our father David! Hosanna in the highest!” And he entered Jerusalem and went into the temple. And when he had looked around at everything, as it was already late, he went out to Bethany with the twelve.

It was a very hot African day, I was 10, handsome, a great runner, soccer star but very naïve. I didn’t see it coming, but my evil sisters had it all mapped out. They wrote a letter to ten of their friends and in the letter asked each one to send me to the other on the list until the last. I really looked like a fool that day. After walking for hours in the neighborhood, I finally returned to my father’s house to find my evil sister rolling on the floor in ecstatic laughter. It was April fool’s day, and the joke was on me.

It wasn’t funny to me!

I know Jesus has a great sense of humor, but I don’t see him doing that to anyone. I often ask myself the question, was there anyone with a good heart on that fateful fool’s day? Could I not even find one? One, who could say, “dude today is AFD, come on I’ll give you a ride home.”

I am not trying to take some fun out your life, but fun at the expense of other is not worth it. So, as you go about your day pulling pranks on friends and family, make sure you are not doing anything that Jesus wouldn’t day. Be and ambassador for Christ today. Remember, he was raised to life so that we might have a newness of life.