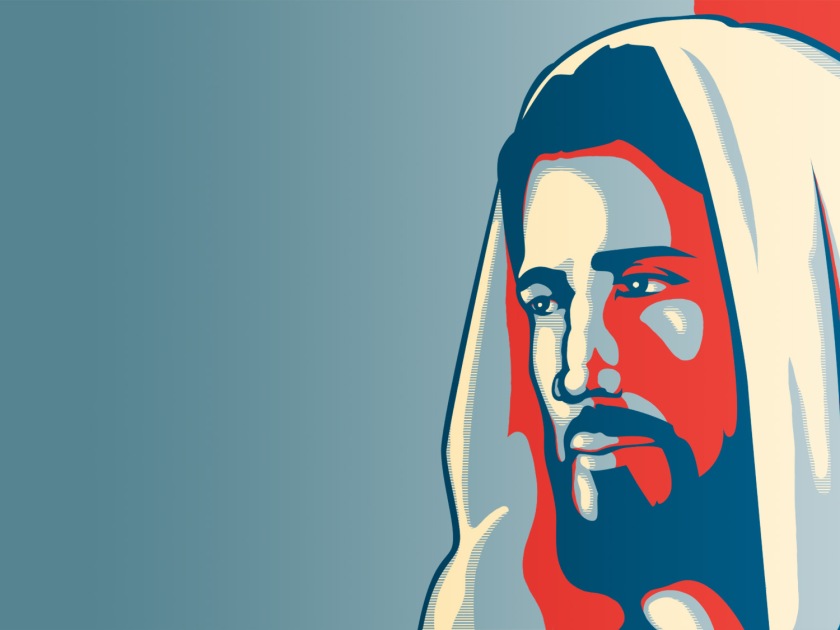 People have responded to Jesus Christ in many different ways, however one of the most prevalent perceptions of him is that he was a great moral teacher. I grew up in a Jehovah Witness home and attended the Kingdom Hall with my entire family. I was taught that Jesus is not God – that He is a created being – much like the angels. So my first question after my conversion was – Jesus, are you God? Are you God as my new found faith says? I got an immediate revelation that was consistent as what I learned in the scriptures.

Let’s focus on what I learned from scriptures, because that matters most. Let’s examine the accounts of Christ’s life, paying special attention to his claims, his character, and his miracles.

1. His claims. There is one claim that is important for this discussion: Jesus lived and taught as if he was God. Explicitly, Jesus accepted the titles Son of God, Messiah, Lord, and Son of Man, all designations with divine implications. He also said things like “before Abraham was born, I am,” “I and the Father are one,” and “Anyone who has seen me has seen the Father” (Jn 8:58, 10:30, 14:9 TNIV).

But perhaps more interesting are Jesus’ implicit claims. Located in the details of the gospels are numerous indirect indications that when taken collectively, reveal a stunning portrait.Jesus’ acceptance of worship, prayer, and faith. People often prostrate themselves before Jesus with their requests (e.g., Mk 7:25). His disciples “worship” him (Mt 14:33, Lk 24:52). Jesus also commands his followers to pray in his name (Jn 16:23) and put their faith in him (Jn 14:1).

Jesus as the agent of God’s end times judgment. One’s response to Jesus determines his or her eternal destiny (Lk 12:8-9) and the judgment or reward received (Mt 25:31-46).Jesus’ authority to forgive sins. In Mk 2:10, Jesus claims to be able to forgive sin, something only God can do.The use of metaphors applied to God in the Old Testament. In much of his teaching, Jesus often applies to himself metaphors that were typically reserved for God in the Old Testament: a bridegroom, sower, shepherd, father, vineyard owner, and king.

Jesus’ use of Abba. In Mk 14:36, Jesus uses this intimate term (like our “daddy”) to indicate his relationship with God. This would have been provocative in Jewish culture. • Jesus introduces teaching with Amen. This Hebrew term is often translated as “truly” and introduces much of Jesus’ teaching. Unlike the prophets who say “Thus says the Lord,” Jesus teaches from his own authority, “Truly I tell you…” (e.g. Mt 5:18 TNIV).“Something greater is here.” Several times Jesus makes statements that his presence is greater than that of the temple (Mt 12:6) or Jonah (Mt 12:41) or Solomon (Mt. 12:42). Could this refer to anyone short of the Messiah or God?

2. His character. Three qualities of Jesus’ character leap from the pages of the gospel accounts: self-discipline, servanthood, and compassion. His self-discipline is demonstrated in his endurance of temptations (Mt 4) in the desert, as well as his refusal to be crowned king by misguided followers (Jn 6). His servanthood is illustrated in his teaching, healings, and washing of the disciples’ feet (Jn 13). Yet, it was Jesus’ compassion towards others, especially the  marginalized, that most exemplified his character. One is reminded of his many conversations with women, his association with Samaritans and Gentiles, his exalting of the poor, and his willingness to show compassion toward the ritually unclean.

3. His miracles. Jesus performed amazing miracles, that as John rightly observes, serve as signs that manifest his glory (Jn 2:11). He healed diseases, exorcised demons, turned water into wine, calmed storms, walked on water, and even raised people from the dead. Nevertheless, his greatest miracle was that of his own resurrection. Various doubters have proposed alternate theories for the resurrection, but the evidence in support of it is abundant. The tomb was empty, and Jesus’ body has never been found.

The apparent contradictions and presence of women as the first witnesses in the gospel accounts lend credibility to their authenticity. The dramatic transformation of the dejected disciples into confident preachers, as well as the immediate growth of a new movement based on the resurrection of Christ is an indication that something substantial happened. Finally, the risen Christ made numerous appearances to the disciples in addition to large crowds, and there is no rational explanation for these appearances apart from a true resurrection.  In light of this evidence, three conclusions about who Jesus was can be challenged:

(1) Perhaps Jesus was simply a wise spiritual teacher. No spiritual teacher (e.g., Buddha, Mohammed, Gandhi, Martin Luther King, Jr.) has ever claimed to be God. The numerous implicit and explicit claims to divinity require that one must go farther in their judgment. Either Jesus was God, or if he was not, then he was either an evil deceiver, or he was insane.

(2) Perhaps Jesus was an evil deceiver. Nothing about Jesus’ character indicates that he was evil or deceitful. Most everyone agrees that Jesus was the opposite of evil: good.

(3) Perhaps Jesus was insane. Again, Jesus’ character indicates he was self-aware, wise, intelligent, discerning, creative, loving—hardly the traits of someone insane.  In short, Jesus’ claims, character and miracles require that we take him seriously. C.S. Lewis summarized it well in his book, Mere Christianity:

I am trying to prevent anyone from saying the really foolish thing that people often say about Him: ‘I’m ready to accept Jesus as a great moral teacher, but I don’t accept His claim to be God.’ That is the one thing we must not say. A man who was merely a man and said the sort of things that Jesus said would not be a great moral teacher. He would either be a lunatic or else He would be the devil of Hell.

You must make your choice. Either this man was, and is the Son of God: or else a madman or something worse. You can shut Him up for a fool, you can spit at Him and kill Him as a demon; or you can fall at His feet and call Him Lord and God. But let us not come with any patronizing nonsense about His being a great human teacher. He has not left that open to us. He did not intend to do so.