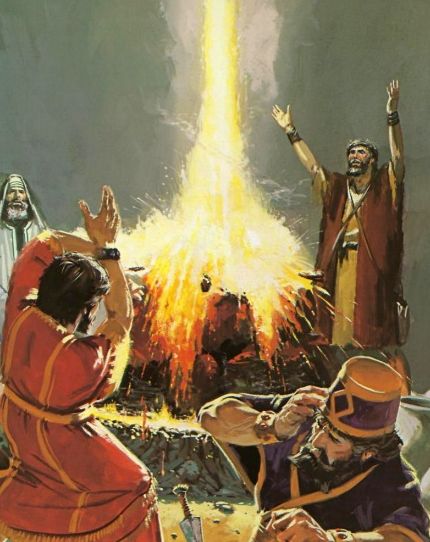 In our text, Elijah had just come to this place from Mount Carmel where he saw God answered him by fire. Yeah! He prayed and fire fell from heaven. But when he came to this cave he thought that God will move in a similar way. And just like James says, Elijah was a man with a nature just like ours. We make the same mistake to think that God will always repeat the same things in the same way he did in time past. No matter why we miss him so often.

First, there came a strong wind, follow by an earthquake, than fire, but God was not in either the wind, the earthquake, nor the fire. We are so good at trying to mimic or reproduce things we have experienced in the past. But God is never in the things we try to reproduce, and that’s why we miss Him so often, because we expect Him to move in ways we’ve become accustomed to. If He doesn’t move that way, than He is not moving at all.

To Conclude let me leave you with these five reasons why we often miss what God is doing now: