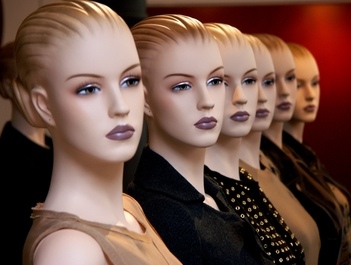 We are tempted to view the routines and ruts of everyday life with derision.
Courtney Reissig

In a recent article in The New York Times, Alina Tugend asks the same question. Contemplating the accolades of her own children, the NYT columnist writes,

“I wonder if there is any room for the ordinary any more, for the child or teenager—or adult—who enjoys a pickup basketball game but is far from Olympic material, who will be a good citizen but won’t set the world on fire.”

She notes that for some “in this world, an ordinary life has become synonymous with a meaningless life.” These days, success is measured by the extraordinary rather than the mere faithful or honest. As Tugend says, “we have a need to be exceptional.” And she wonders if this is all a good thing. We can’t all be the next innovative inventor, best-selling author, or Olympic medalist. The reality is that most of us will live our lives in the routine and mundane.

This is true as much for Christians as it is for everyone else—a good lot of us will not accomplish the extraordinary or supernatural in this life. Yet we are tempted to feel like we aren’t doing enough for Jesus unless we are saving African villages, writing inspirational books, leading a church with a massive membership roll, or adopting children from Haiti.

We tend to measure success in the currency of adventurous mission trips, large ministry followings, and educational accolades.

And we can feel like our life is fairly insignificant if much of our time is spent changing dirty diapers, teaching the same students every day, or working a fairly boring job. In a time when many, including well-known evangelicals, build a platform around living a “life with impact,” “changing the world,” and “making a difference”—which they announce through blogging and Twitter feeds—

we’re tempted to view the routines and ruts of everyday life with derision.

The desire for the special and the spectacular is rooted in a good seed: Deep down we want to believe that we have worth and value. We want to know that our lives are making a difference. That’s not all bad. In fact, it’s precisely because we are special that we desire these very things. But we are special not because we possess a worthiness of our own, but because we image the special One—our Creator. He created us to reflect his glory to a watching world. Every job we do, every gift we possess, and every seemingly mundane task we complete faithfully is all part of our reflecting his creative majesty. And every life is necessary in God’s economy. This is what gives us significance and meaning, regardless of the tangible outcomes of our efforts.

In reality, an endless pursuit for the next big thing in ministry, career, or relationships only puts us in the same camp as the Jewish people who demanded a sign from Jesus (John 2:18). As people, apparently, we have been craving the spectacular for a long time.

The honest truth is that most of us will spend our lives in the mundane moments. But that is precisely where we often encounter glory and success. As Paul David Tripp has said,

Few of us are given large ministry platforms or successful companies, but every one of us is given a sphere of influence. God has always been a God who loves to display his glory in the seemingly insignificant people or the moments that the world deems unworthy and useless (1 Cor. 1:27).

While Jesus’ ministry often drew a crowd, at the end of the day it was marked not by the spectacular, but by the humble service that eventually led him to the Cross, the most despised of places. Even Isaiah tells us that our Christ was not one that people would see as the next big thing, yet he was and is the Savior of the world. As Christians, our understanding of glory and success must be rooted in our identity in this Christ.

Tugend ended her essay by highlighting a Toronto Star obituary for a woman named Shelagh Gordon, who died in March of a brain aneurysm at age 55. It was only when she died that her impact was seen, evidenced by the more than 100 people who were interviewed about her life. She was not a household name in Toronto, and certainly not in the States. She lived her life not in the extraordinary, but in the mundane—and that is where she made a difference. “A lot of obits read like a résumé—an accumulation of concrete action,” noted a Toronto Star writer. But Gordon’s “legacy was in her relationships to people.” She was faithful with what she had been given.

May we learn to do the same, knowing that even the most ordinary mustard seed sown in faith will reap a harvest before the throne of our extraordinary Creator.