For All You Quitters 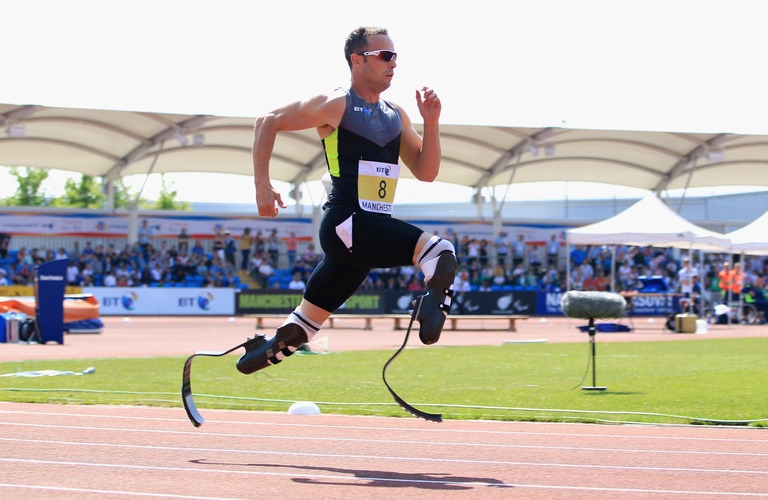 It’s not that I don’t want to run Paralympic or disabled races, or races for those athletes who are handicapped, or amputees, but this is just a challenge for me, and any good sportsman that wants to be better has to face up to challenges that aren’t always as easy as some of the others.
Oscar Pistorius
South African Runner

Born in Johannesburg, Pistorius was 11 months old when he was diagnosed with congenital absence of the fibula in both legs and had them amputated halfway between his knees and ankles. Undeterred in his athletic determination, he grew up playing rugby, water polo, tennis and wrestling; in 2004, after an injury, he was introduced to running and fell in love, soon competing in both Paralympic and able-bodied events. In a few weeks, he will become the first double amputee runner in the history of the Olympic games.

I don’t know what your limitations are, but I know that with God, “you can run against a troop, and by my God you can leap over a wall.” 2 Samuel 22:30

No time for excuses, no time to throw in the towel, no time for pity parties, you can do all things through Him who gives the strength.