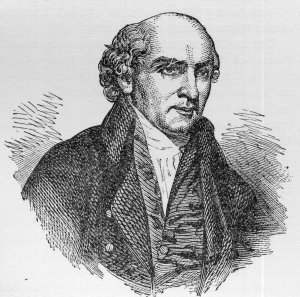 Aug 19 2011 Timothy George|8:13 AM CT William Carey at 250 Earlier this week, William Carey’s 250th birthday arrived. Born on August 17, 1761, he was the son of a poor school teacher in the tiny village of Paulersbury. Taught to patch shoes in a cobbler’s shop, he was converted to Christ as a teenager. Soon he was gripped with a passion for sharing the gospel with those who had never heard the name of Christ.In those days, missions was a naughty word, something obsolescent, restricted to the days of the apostles long ago. But Carey read the Great Commission differently. “Go ye,” he said, “means you and me, here and now.” He challenged his fellow Baptists to respond to this call, to “expect great things from God, and attempt great things for God.” The result was the first missionary society organized by evangelical Christians with the aim of carrying the Good News of Christ to all parts of the world.So on June 13, 1793, William Carey, his wife, Dorothy, and their four children—including a nursing infant—sailed from England on a Danish ship headed for India. Carey never saw his homeland again. He spent the rest of his life in India as a pastor, teacher,%

via William Carey at 250 – The Gospel Coalition Blog.